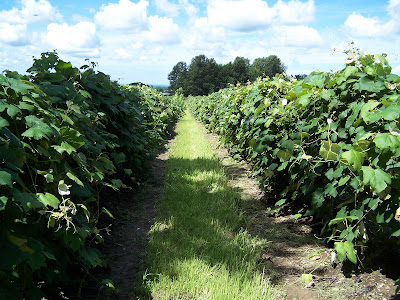 At a writer’s conference this summer in Boulder, I asked our guest speaker, novelist Pam Houston, how she triumphs over writers block. Specifically procrastination.

Procrastination, I cried is a writer’s most debilitating self-inflicted wound.

“It’s not procrastination. It’s fear,” she snapped. “The problem isn’t that you don’t want to write. It’s that you’re afraid to write. Fearful that you’ll fuck it up, that you wont be able to put into words just how blue the sky was.”

Just write that the sky was blue, she said.

Think small. Start with what you can control. Something silly and insignificant so that you wont get overwhelmed by the exhaustive process of writing.

I always said I’d rather lay bricks than write a story. It’s easier. Which of course isn’t always true, especially if you’re a skilled mason who prides himself on a job well done.

So lately what I’ve been doing is this:

If I’m writing about a tree I’ll start with one branch. I’ll write about how one branch is bent at an angle that resembles a feeble elbow. And how the white blossoms on the tip of the branch look like thirsty white tongues.

However, writing for an audience all these years has taught me that, though the average reader might appreciate flowery sentences and clever metaphors, they appreciate good storytelling more.

In my angst-y teenage years I invented characters who were bulimic and self-mutilating, who crawled out their bedroom windows at 2 a.m. to catch trains to Toronto, where they would inevitably move in with an alcoholic sketch artist in a space above a Canadian nightclub.

When I was feeling wistful my stories turned to the fringes of a grape field, where I played baseball with my father and my sisters. My mother brought us popsicles from the garage and in the summer heat they would melt and leave red snakes on my arm.

Often I fell asleep in the throes of writing and I’d wake up the next morning with ink on my face. As a result of this pen-wielding ferociousness I now have a permanent indentation in my middle finger.

Anyway. It seemed writing was easier then. I wasn’t on deadline. I wrote what I wanted. I was inspired by everything and callous to nothing. I felt trapped by adolescence and as a result would write myself into adulthood. My town was small with little to do. Our only neighbor was an old woman named Wilma who had a candy jar in her kitchen foyer with brown butterscotch glued to the lid. Sometimes when she got stuck in her bathtub she would call my mother to come help her get out, and so I started writing about elderly women and bathtubs and how shitty it must be to get old.

My imagination roamed and I had little distractions, save for creating the ones I might one day have when, god forbid, I got older.

And now that I’m older, I’m happily distracted and stalling because freedom is a doubled-edged sword.

So this morning I made a concrete plan. To stop being afraid of fucking up the blue sky and to start writing small because it’s not so much procrastination that’s holding me back but dreaded adulthood.

PS. In honor of kicking procrastination my friend Kyle started a blog named Lorenzo. His post detailing the breakup between he and beloved QB Brett Favre brought tears to my eyes.