Divine guidance can be found in a reporters notebook.
… 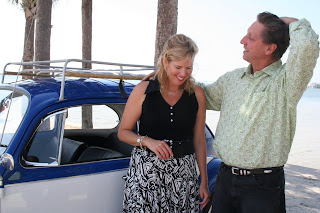 “No one ever wanted to ride with us in the winter because we only had two blankets. And in the summer, when temperatures reached 95 degrees, we choked from the heat because the car didn’t have air conditioning.”
– Roberta Tengerdy, with husband Tom, on the 1967 Volkswagon Beetle she bought her sophomore year at Colorado State University, the same year she met Tom. 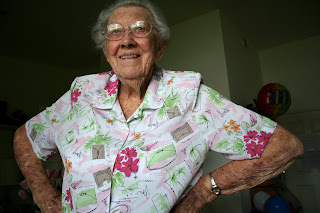 “You’re lost if you don’t believe in it. It’s something you don’t exactly feel. You just know it’s there. You know that when you die, times going on forever. It’s not the end. It’s the beginning.”
– 100-year-old Mildred Bessie Barton Hill on heaven. 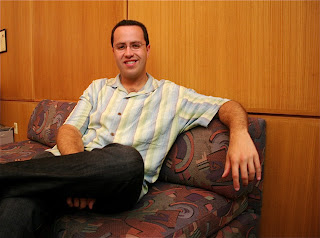 “That’s a good question. If the cheese were square it’d stick out the side of the sub.”
– Subway superstar Jared Fogle on why the sandwich franchise that made him famous cuts its cheese into triangles. 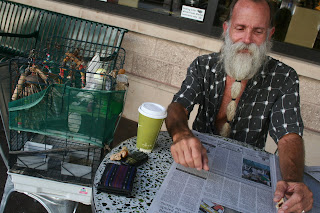 “He needs his shade. He’s a very spoiled bird.”
– Johnny Malone on why he sits under the awning at Whole Foods with his cockatiel, Bobby. 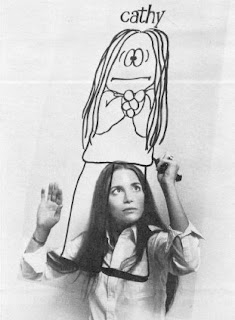 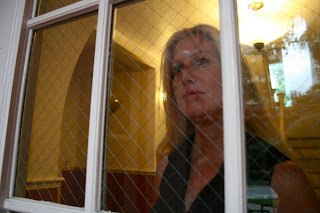 “I‘ll tell you one thing. He changed. I think he saw a lot of things too young for his lifetime. He came back a  man and I never thought I’d say that. He’s a little more guarded and careful now. He’s quiet now.”
– In 2004 Sherri Vroom’s then 20-year-old son, John, served eight months in Iraq. Two years later he was deployed again. 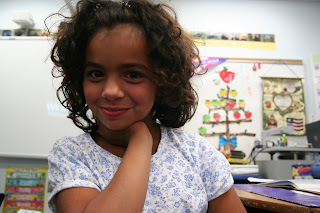 “Well, she has beautiful hair. She has a beautiful face and beautiful eyes.”
– Seven-year-old Caitlyn Gutierrez on why her mother is beautiful. 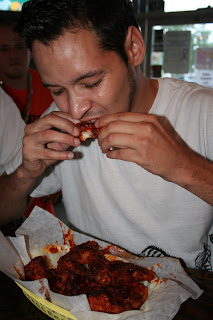 “I‘m gonna de-bone them first. That way I’m not sitting on one wing for too long.”
– Gilberto Noriega on how he planned to win the Munchies Fire-In-Your-Hole wing eating challenge. (He lost.) 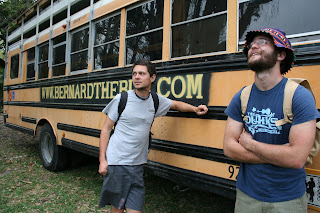 “I look at the bus as a research and exploration vessel. It functions as an idea and information hub. We’re researching, exploring and recording our findings.”
– Roth Conrad on why he and friend Bob Downes (right) bought their old high school bus, converted it to run on vegetable oil and drove it across the country. See link.) 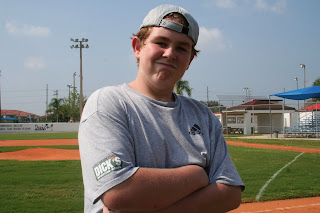 “I‘m an outgoing person. I like to be the funny guy. I want people to notice me. If I had any other role, I wouldn’t have been as funny as I was.”
– Baseball catcher Connor Davis, 13, on how he knew he owned his middle school production of The Wizard of Oz when his drama teacher cast him as The Cowardly Lion. (His dream role: Dracula.) 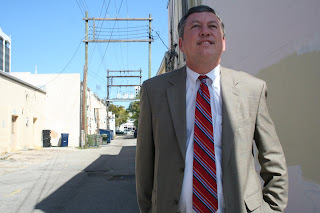 “What I told the jury at the onset was that I was going to ask the questions that needed to be asked … because if not me than who?”
– Assistant Public Defender Adam Tebrugge on how he handled the pressure of defending Joseph P. Smith, the man sentenced to death for the 2004 murder of 11-year-old Carlie Brucia.
—
PS. Cathy Guisewite photo courtesy of People Magazine. All other photos are mine.