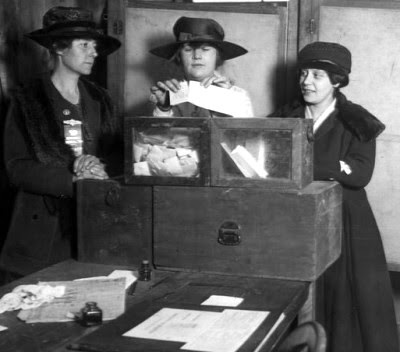 Before I leave to cover U.S. Rep. Vern Buchanan’s election party at the Sarasota Hyatt, I thought I’d share with you this anecdote:
My mother, who hasn’t voted in an election since 1980, cast her vote today at the Langford Fire Hall in North Collins, NY.
In a rural Erie County farming town that still uses the old lever and curtain voting booth, my mother cast her vote for Barack Obama. She even called to share the news, she was so proud of her voter participation.
Later in the day, while waiting in the check-out line at a Marshalls department store near Buffalo, N.Y., my mother overheard two ladies discussing today’s election.
Said one lady to the other: “White people should be ashamed of themselves, voting for Obama.” And then, turning to face my mother, she croaked: “Did you vote?”
My mother, in her trademark non-confrontational Western New York accent, replied: “You should be ashamed of yourself. At moments like this I’m ashamed to be white.”
Mom, in your honor. This post.
For the best election coverage in the Tampa Bay area, click here.