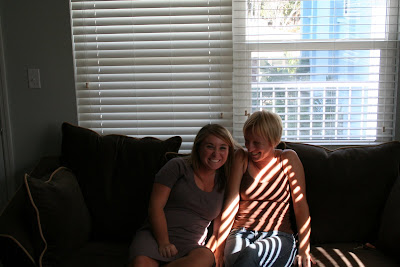 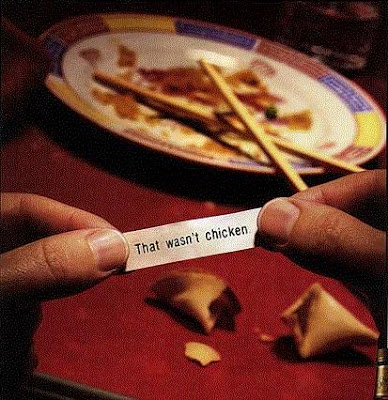 What better way to follow up that last ooey – gooey post than with this road kill story – a story that comes courtesy of my hometown newspaper, The Hamburg Sun, where I interned as a 16-year-old under Felice Krycia, the woman whose byline is on this article.

As a kid I frequented this China King in Hamburg, NY. My best friend’s mother ordered takeout from them on what seemed like a weekly basis.

As a pseudo-vegetarian, the story makes me cringe. As a reporter from Western New York, it pleases me to share with you a roadkill headline.

Dead deer are a dime a dozen in Western New York.

Once, when the rival basketball team from Eden, NY wanted to piss off our basketball team, they stuck a severed deer head on the cheerleader bus. Whenever a high school boy shot a buck in the woods, the faculty gnawed on venison for weeks.

Our neighbors at the end of Thiel Road liked to bleed their deer from the front porch of their two-story home.

You get the picture.

On that note, bon appetit!
—

(Story courtesy of The Hamburg Sun.)

It may have seemed like a good idea at the time, but butchering a dead deer on the floor of a restaurant kitchen is just something you don’t do.

According to Town of Hamburg Police, they received a call about 9 a.m last Friday (Oct. 24) that a dead deer was being dragged in through the front door of the China King restaurant, located in the Big Lots Plaza at 5999 South Park Ave. in Hamburg.

When Officer Joseph Kleinfelder arrived at the scene, he located drag and blood marks from the woods on the south side of China King to the front door.

He then followed them into the restaurant through the dining room and into the kitchen, where the suspect, Tin Chun Cheung, was attempting to remove the head of a female deer on the floor between the sink and the center food prep table of the restaurant.

The deer’s legs had already been removed from the body and placed in the kitchen sink, Hamburg Police Captain A. Daniel Shea said.

“Officer Kleinfelder followed the trail right into the kitchen and saw the man bent over the deer trying to cut through its neck,” said Shea.

According to police, Cheung said he had found the deer dead in the parking lot and was going to take this meat home for his family. He went on to say he had no intention of leaving the meat in the restaurant.

The Erie County Health Department and the state Environment and Conservation Department were called in and along with the violation of a dead animal in the business, they found the walk-in-cooler was too warm and all the food inside it needed to be removed and destroyed.

Cheung was also charged with unlawful possession of wildlife, a violation of the NYS ENCON law. The Health Department then ordered the business to be shut down until all the evidence on this incident had been presented and a determination made by Erie County Commissioner of Health Dr. Anthony J. Billittier IV.

The determination was expected to be handed down Wednesday (Oct. 29), which is after The Sun had already gone to press.

This ruling will outline what Cheung must repair and do to the building before the Health Department will allow it to reopen.

“They will have to repair or replace the walk-in-cooler and have the entire building sanitized,” said Erie County Health Department Public Information Officer Kevin Montgomery. “Once all the issues are addressed, inspectors will be sent to check all aspects of the restaurant and then a determination will be made on if they may reopen.”

The deer, which had been struck by a vehicle earlier that day had reportedly fled into the woods, was disposed of under the direction of the county’s Health Department.

PS. Happy birthday to Ro, my beloved best friend, who enjoys stories like this more than I do. I would be a sorry, humorless sack without you. 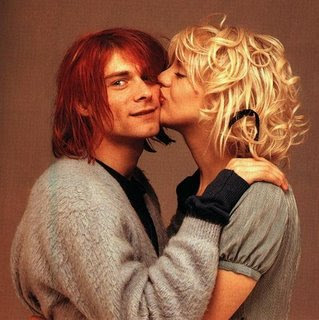 It was a blip of a moment in an overly air-conditioned bedroom.

Joe was wearing a souvenir alien T-shirt from Area 51. I was wearing his heaviest red sweater. We both had our glasses on, which doesn’t happen often because Joe hates wearing his glasses. He says they make him dizzy.

I was about to embark on a solo road trip from Sarasota, Florida. to Bandon Beach, Oregon, which Joe ever so delicately suggested I return from.

Stubborn, fiercely independent, and at times straight-up flighty, I couldn’t promise him that. At least not in the beginning.

The first time we met, I was standing by the Bubble Bobble game at a bar in St. Pete, drinking Miller Lite and making good on a dare by pole dance around a fat oak beam.

When he asked me about myself, I told him how my family had installed a corn-burning furnace in the basement of their Western New York home, and how when it burned, the whole house smelled like Orville Redenbacher’s.

The second time we met, I told him I was outta here, that I was moving to Oregon or Idaho or Montana. I told him I was writing a book about a girl who spends her days righting ordinary wrongs, who makes a living on a ranch and sleeps in a hayloft that smells like manure and maple syrup.

“I have to live it if I want to write it,” I said nonchalantly.

We were at a birthday party in Sarasota, at a bar with a punching bag. I was dressed as Courtney Love – pink baby doll dress, combat boots, mascara smudges, the whole getup. The theme was “high school flashback,” and I was never so happy to resurrect the 90s. A 1993 graduate of an all-boys Jesuit high school in Tampa, Joe was wearing a too-tiny suit and tie that made him look like Ben Stiller.

I told him I was reading a memoir by Mary Karr that was written like none other I’d read before. He asked me if my novel would be a memoir and I replied that it was pompous to write a memoir at the age of 25.

“Not that what I’m writing isn’t mostly true anway,” I conceded.

I was chugging too many Miller Lites, filming the party for my roommate Zac, confessing on camera in a slurred lisp that I was fed-up with doing his dishes.

Joe drove me home that night in his blue Honda Accord. Unlike most of the cars that belonged to people I knew, his was immaculate.

We went back to our friends, Max and Meredith’s house – a beach cottage – where we drank some more, played games and ate leftover pasta from the fridge. Joe heated up a bowl of bow tie macaroni with red sauce, and in between rounds of (was it Taboo?) he offered me several spoonfuls, which I found comforting.

As we sat there on the steps leading into Max and Meredith’s 10-by-10 living room, our knees touched. Joe was still dressed in his Jesuit uniform. I was still dressed as Courtney Love. Spooning noodles out of his bowl and into my mouth, it was as if I had slopped off his plate for years. When he walked outside to have a cigarette, I stumbled out of the living room with my roommate and left. It was late and I was tired.

The third time I saw him we were on an actual date. At the urging of my roommate, who had observed our Lady and the Tramp pasta moment, I went ahead and asked Max for Joe’s phone number.

“Tell me he’s not one of those too-nice, sappy guys,” I said.

“No, but he’s not an asshole either if that’s what you’re asking,” Max replied.

For four days his number sat untouched. Written on a Post-It note and stuck to a cardboard-box-night stand by my bed, I agonized over making the first move. I was nervous. Feeling sheepish. Feeling like perhaps I drank too much that night, or that I had left coldly without saying goodbye.

When I finally called, he answered on the second ring. He knew right away who I was and why I was calling. He fired off date plans like a semi-automatic weapon, as I joked that simply willing your phone to dial on its own never works.

“Lucky for you, you picked up on the second ring,” I said. “I probably would have hung up on the third.”

This phone call was huge for me. I was still hellbent on moving to Oregon, or Idaho, or Montana. But if the way we shared pasta was any indication of things to come, Oregon, Idaho, Montana, all of it would scarcely measure up.

However, none of these moments were as compelling as the one I mentioned earlier that came two months later, a week before my Jack Kerouac-ian gallivant across the country.

We were lying on his bed – Joe in his souvenir alien T-shirt, me in his heaviest red sweater, and the pug curled up like a Roman snail beside us. He was questioning my blind love for the Dakotas. I was romanticizing The Badlands.

Reaching around my side, he kissed me somewhere near my armpit and said, “If your body were the United States, this would be South Dakota.”

Though not in agreement, I let him go on.

Next, he kissed my elbow. Called it Iowa. Then my wrist. Called it Missouri. My spine – Oregon. And on it went. Lazily, languidly, and with no regard for geographic accuracy, he mapped out my road trip with kisses.

When he finally reached my lips, our glasses clanked together like timpani drums. He didn’t say it, but I knew. In that overly air-conditioned bedroom, in that heavy red sweater, in our similarly prescribed eyeglasses, his lips were home.