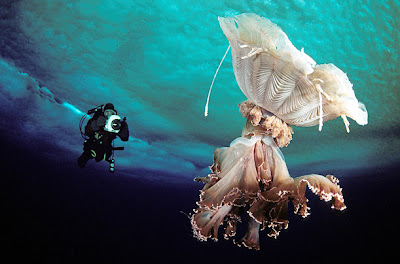 There are eight men outside my office window sawing down a tree. The noise is sharpening all the Q-tips in my house into tiny white knives.

These clowns have been cutting down trees all week. It’s like listening to 100 dentists bore 100 cavities at once.

I’m half inclined to ask them if I can have a few logs for our outdoor fire pit, but I’m sure the City of St. Pete has loftier plans … what with its stellar reputation for recycling.

It a spectacular day out. Gray. Rainy. Sky the color of a chalkboard. Perfect writing weather. It’s not that bad weather inspires me to write, it’s that the break in 75-degree monotonous sunshine triggers spirited introspection, which is such an ungrateful thing for a Buffalo girl to say, so my apologies to the folks back home.

Which brings me to my next tangent. Lately I’ve been fascinated by the human brain, in particular the day-to-day drudgery that is pierced by darts of distraction dipped in dopamine. What triggers these stabs of bliss and ambition? And why must they hit at the most inconvenient times?
Dopamine, just so we’re clear, is a neurotransmitter, a chemical produced in our brains that serves as a lifeboat for neurons. When I picture dopamine, I picture ladies in Victorian dresses treading cold blue water in the North Atlantic as the Titanic sinks slowly in the distance. I picture a sea of dopamine carrying yellow lifeboats, and I picture bustle gowns like sensory neurons, billowing out under glacial water, desperate for a lifeboat, stockinged legs paddling dopamine like dendritic cellular projections.

When I picture our brain, I picture the globe. Divided into hemispheres, our brain is not unlike the earth. The frontal lobe is where most of our dopamine-sensitive neurons sit and stew, waiting patiently, hands clasped on their laps like southern belles at the Kentucky Derby, for a dopamine breeze to blow their hats off.

Often when we think of our brain’s pleasure molecules, we think of serotonin. But in my not-so-expert opinion, serotonin is fleeting. Like a bite-sized Snickers. Dopamine however, seems more enduring. Like a gallon of chocolate ice cream.

Just the sound of the word dopamine is intoxicating. First discovered in 1952 by a Swedish scientist, (who by the way wasn’t awarded his Nobel Prize for this discovery until 2000) dopamine is my enemy and my lover.

I drink dopamine every day in my coffee, and I know I could get it elsewhere if I wanted, but I tell myself to buck up, synthesize it on your own.

Which is why I’m throwing every ounce of literary ambition into a novel. I want to swim laps in a sea of dopamine. The last time I attempted a novel, I was so filled with dopamine it seeped out my eyes.

—
PS. The picture is by Norbert Wu. It is not a Victorian bustle gown but the largest jellyfish in the Antarctic Circle. It was featured in TIME Magazine and published in Wu’s 2004 book, Under Antarctic Ice.