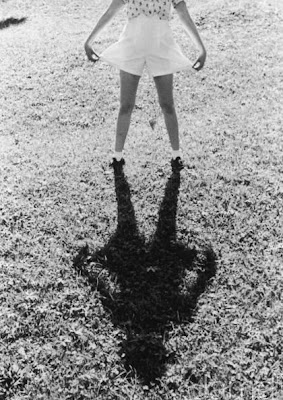 This one’s for my Nana.

We were sitting around the kitchen table Christmas night – my mom, my sisters, Nana and me. And for whatever reason PK got on the subject of homesickness.

She remarked that she has good days and bad days. That some days, no matter how many romantic comedies she watches, or how much chocolate ice cream she eats, she cannot shed the veil of homesickness that shrouds her every move.

Because I’m hard-headed and fail miserably at making my sisters feel better when given the opportunity to do so, I didn’t tell PK that when I was 22 and living alone in Sarasota, I Googled the distance between North Collins, N.Y. and the Gulf Coast of Florida. And that every time I cried out of homesickness, I’d remind myself that 1,269 miles is pretty good chunk of space.

Putting my pangs of sadness to good use, I wrote a math equation.

For every one mile I was separated from my family I would devote one day to giving Sarasota a fair shake. Rounding up slightly, I divided 1,269 miles by 365 days, giving myself 3.5 years to make a go at in Sarasota. If after 3.5 years I was still sad as hell, missing home, or craving a new adventure, I’d throw in my beach towel, pack up my things and leave.

But of course I didn’t tell my sister any of this as we were sitting around the kitchen table. Because the happy ending to this story is, after 3.5 years I met Joe.

Instead it was my Nana who piped up.

“I was terribly homesick when I was living in Arkansas,” she said.

Dumbfounded, we asked, “WHAT? Arkansas? WHEN?“

Captivated, my sisters and I urged her to continue with the story, the likes of which goes something like this:

Nana’s father owned grape fields stretching the length of Brant-North Collins Road. Nana and her six brothers and sisters grew up in these fields. And if they were doing poorly in school their father, my great-grandfather, would pull them out of class and stick them on the farm. 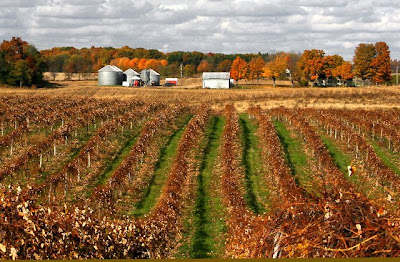 My Nana, the middle child, was whip smart, with a wicked sense of humor, and strong arms from playing softball and picking grapes. When Nana was 18 her father sent her to Sturkie, Ark. for the summer, where he owned a strawberry canning factory with his brother, Louie.

“Dottie,” he told his daughter. “I’m too tied up in local affairs to travel south. I need someone to keep an eye on the Arkansas factory.”

My great-grandfather had gotten wind of some shady dealings in Arkansas, and Nana, being whip smart, was as good an ambassador as any, so he sent her.

It was 1950, and Nana, together with a girl named Vicky and a guy named Vinnie, crossed the Arkansas/Missouri line in a dusty Cadillac with the windows rolled down.

Nana, wearing a sundress and feeling ridiculously independent, remembers pulling over for breakfast at a diner with fly strip-yellow lighting. She remembers Vinnie, who was older, perverted, and a friend of her fathers, muttering under his breath that if the waitresses’ tits weren’t rubber, he’d eat them. She remembers she and Vicky slapping Vinnie’s hands away when he went to pinch the waitress’ ass, and she remembers thinking: my father sent me to Arkansas with this creep?

She was dating my Papa at the time, so of course she missed him and wrote him letters every day. When she heard that he was dating someone else – another girl named Dorothy – she brushed it off, because, as she says, “the other Dorothy wasn’t a threat.”

One time, Vinnie handed Nana a letter. He asked her to drive it to a post office in St. Louis, Mo. Any post office, so long as it was in St. Louis. Nana says she figured the guy was fooling around with some lass in Arkansas, but that his wife back home thought he was in St. Louis. Whatever the situation, she didn’t care. It was nice to take a break from strawberry canning and get behind the wheel of a Cadillac. 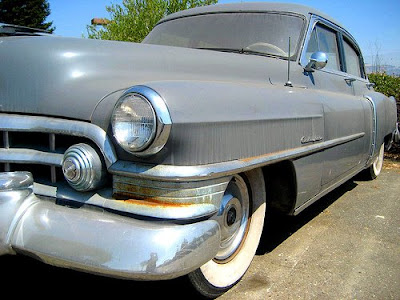 When Nana got back to Brant, she scolded Papa for “philandering around,” (with another Dorothy no less.) Two years later she and Papa got married. They had five children, including my mother, the second-to-the-youngest, who was born in 1960.

Nana says she found the other Dorothy’s sweater pin in Papa’s possession, and that Papa tried to pawn it off as a gift for her. But she knew better.

She held onto it for few years. It was after all, a name pin, and Dorothy was her name too. Whenever she’d see The Other Dorothy around town, she’d think, Ha! I’ve got your pin at home. But eventually she lost it, threw it out, or whatever happens to things like that.

As she talked about Arkansas (“It was awful. I couldn’t wait to come home.”) her eyes sparkled. Sure she was homesick, but I could tell, the memory of her independence thrilled her.

For the helluvit, I Googled the distance between Sturkie, Ark. and Brant, N.Y. It’s 946 miles. Or by my coping calculations, two and half years.
—