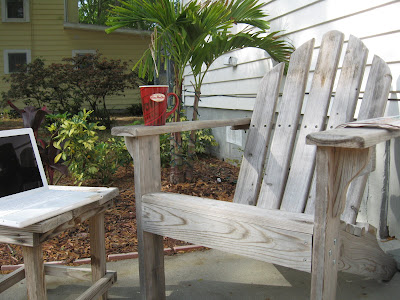 I learned a long time ago that newspaper stories don’t always flow like wordy liquid from the fingertips.

The process is usually … how I do I put it?

As a 16-year-old cub reporter (or as my first editor called me, “a stringer”) I would drive home after covering three-hour town board meetings in a rural town where the council members’ various concerns included accidental or deliberate manure seepage by farmers driving their tractors up village roads.

I had to summon an army of self-disciplined brain cells to write about this stuff. When I’d return from these meetings, I typically had two days to produce a story, which I understand is a virtual god-send for daily newspaper reporters.

(I’ve always written for weeklies. I still haven’t decided if it’s because I’m too slow or too intimidated by the pace. I think it’s the latter. Daily newspaper reporters, if they’re lucky enough to still have jobs, can’t afford to lollygag. I have a good friend who works at a daily newspaper in Southwest Florida, who often returns to the newsroom after beastly city commission meetings, and busts ass on a story until midnight with his editor lurking over his shoulder, insisting he call a source who just a week ago announced at a planning board meeting that all reporters are lousy muckrakers hellbent on manipulating quotes.)

So, yes. I write for weeklies. To motivate myself I often set Reese’s Cups beside the computer. For every 300 words written, I get one Reese’s Cup. Depending on the length of the story it’s possible that I’ve consumed an entire 8-pack of Reese’s in just one afternoon.

Back when I still worked in a newsroom, before I started doing this job from home, I would reward myself with several vodka cranberry cocktails at a bar down the road, where a guy named Nick played Spanish love songs on a small guitar.

The motivation/reward system is precarious. Over the years, I’ve repeatedly failed to achieve many of my personal deadlines, which means I’ve plodded back to the kitchen with handfuls of uneaten Reese’s, pissed off at my lack of ambition, or even worse, my propensity to procrastinate.

I knew I was a glutton for punishment when my high school newspaper internship turned into a reporter gig that lasted an excruciatingly gratifying three years.

Things I used to do the day after town board meetings to avoid pumping out 500 words on the board’s decision to turn down the construction of a telecommunications tower:

1. Walk to the bathroom and put on my mother’s red lipstick. Wipe it off with toilet paper. Reapply. Wipe it off again.
2. Perform handstands against my closet door.
3. Call my friend Ro and gossip about nonsense.
4. Eat dinner with my family extra slowly, impersonating a councilwoman whose voice sounded like Lily Tomlin sucking tennis balls through a vacuum cleaner.
5. Tear out useless notes, crumple them into balls and chuck them at my sister Heelya, whom I shared a room with.
6. Sign onto AOL and submit poetry to writers’ Web sites.
7. Re-read dogeared pages from Alice in Wonderland and type sentences only the Mad Hatter would say.
8. Hold down the fast-forward button on my hand-held tape recorder, amused by how council members sound less irritating as chipmunks.
9. Do homework.
10. Daydream about becoming a marine biologist.

Ten years later very little has changed, except of course that I’ve fine-tuned my motivation/reward system.

Yesterday after finishing a story on deadline, I rewarded myself with an Adirondack chair.

When Joe and I first moved into our house, we pedaled our bikes on a cobblestone roundabout, where we passed a small house with one Adirondack chair in the front yard with a sign tacked to it that read: ADIRONDACK CHAIRS FOR SALE. CALL ###.

I made Joe memorize the phone number and when we got home I jotted it down on a piece of cardboard torn from an empty case of Pepsi. I decided when I was ready to jazz up the front yard, I’d call and purchase a proper chair from a craftsman in my neighborhood.

Yesterday, while blundering through a halfway interesting lede for a mostly boring story, I decided to fish through the kitchen junk drawer for the chairmaker’s phone number. When I called it, an old guy named Ernie answered in a Long Island accent.

“Hey there,” I said. “Do you sell Adirondack chairs?”

“You make ’em yourself?”

(When he said cedar, he sounded like seeda. Oh, downstaters!)

“How much you selling them for?”

At 5:30 I headed over with $125. I wanted a table too and Ernie had suggested he had other bits and pieces of furniture for sale.

When I got to his house, eight blocks away from mine, I knocked on his front door and heard a woman say, “Ernie! We have company.”

Ernie opened the door, shook my hand, and took me to his back porch, where he told me how he makes his chairs using plans designed by some Bob Vila-type guy on PBS, and how he purchases his wood from a guy who lives in the sticks an hour outside of St. Pete, and how cypress is insect-repellent and how he and his wife are going on a cruise next week through the Panama Canal.

“You know much about the Panama Canal?” Ernie asked.

“Yellow fever and malaria. They didn’t know about mosquitas then.”

“I know,” said Ernie, wringing his head. “The French tried to build it in the 1800s, but after so many men died they gave up on it and Teddy Roosevelt stepped in and finished the job.”

“Wow, and now we motor up and down it in luxury cruise liners.”

Ernie smiled and hoisted a cypress Adirondack chair into my trunk.

“Do you have a little table I can set beside it?” I asked.

“Sure do,” he said, pointing to a crude plywood table by his garage with a dusty flower pot on top. “I’ll sell it to you for 25 bucks.”

He paused for a second, reached for the flower pot and said, “Ahh, alright,” tying the table to the Adirondack chair with a piece of twine and fastening my trunk shut with a bungee cord.

“Where do you live?” He asked.

“Ah. The center of the universe.”

“Yeah!” I said, reaching into my wallet for cash.

He thanked me, tugged on the twine and the bungee cords and declared the rigging safe for at least 10 blocks.

“I tell ya what I do in my Adirondack chair,” he said. “I get me a cold drink and I set it on the arm rests, then I lay back with my feet out in front of me and I think to myself, life is great and I’ve got no complaints.”

—
PS. I tried to write this post from the Adirondack chair, but it’s too bright in my front yard. Must build porch!