Joe walked into our bedroom after taking a shower. Henry, as usual, was waiting (impatiently) for him to exit the bathroom.

“Daddy out shower!” He exclaimed as Joe walked past him in a towel.

Joe stopped to pat Henry on his soft blonde head as he made his way to the closet to get dressed. Henry, feeling slighted, walked over to Joe’s guitar, which was perched, as usual, on its stand, and without so much as a warning, pushed it over in one swift, deliberate move.

I was in the kitchen packing Joe’s lunch. (Editors note: before you assume I’m a domestic goddess who always packs her husband’s lunch, you should know that Joe takes the same two things to work every day: a tuna sandwich and a bag of Doritos. It takes me longer to wash the smell of fish off my hands than it does to prepare the lunch.)

I heard the guitar hit the floor. Like a bone breaking, I heard it shatter. I heard Joe scream and Henry cry.

I’ve seen Joe lose his shit before. I’ve smelled his fear and tasted his dread. I’ve tried, usually with little success, to quell his panic at moments such as this.

Last month, I watched his face turn white when he realized he’d devoted the cover of his newspaper to the promotion of an event that had already happened. A year ago, I watched him projectile vomit out a window on the interstate while driving in rush hour traffic. Three years ago, I watched him weep when his brand new flat screen TV exploded in front of his eyes. (Who can forget that?) And early in our relationship, I watched him pitch his bicycle into a grassy median and demand I pedal home and get the car after I had pushed him too far on a ride.

END_OF_DOCUMENT_TOKEN_TO_BE_REPLACED

I love the way Joe folds my laundry.

When I met my husband four years ago his friends and co-workers called him PJ. It stood for Party Joe.

Within six months of our dating they had switched to calling him DJ for Domestic Joe. Apparently it didn’t take me long to tie him down.

I’m sorry darling. I never set out to housebreak you.

Besides. The way you fold laundry makes me think you were ripe for the pickin’.

PS. I promise to write more soon. I returned to the paper two weeks ago. The baby/work balancing act is something I’m sure many of you are familiar with. END_OF_DOCUMENT_TOKEN_TO_BE_REPLACED

I didn’t know I was attached to my last name until it came time to change it.

It’s this way with most things, isn’t it?

I’ve been married for 318 days, 315 of which I’ve been Heidi Kurpiela, a name that I’ve pronounced two different ways my entire life: Ker-peel-ya and Ker-peel-a.

I always give people these two options when they ask me how to pronounce it. I’m not sure which is right and which is wrong and it doesn’t much matter as long as you spell it with a “pie” and say it with a “peel.”

Kurpiela is a German name with Polish origins, the result of blurring boundaries between two countries from which my people hail. Other than my Dad’s immediate family, I have no known relatives with this last name in the United States. Three years ago, Facebook introduced me to a whole new brood of Kurpielas in Canada, but after sending a series of messages back and forth with one of them, I’ve yet to find a common ancestor.

This is unfortunate considering how much I love Canada.

END_OF_DOCUMENT_TOKEN_TO_BE_REPLACED

Joe and I scribble a lot of notes to each other. They’re scattered all over the house in various places. I thought I’d pull a few from our collection.
……………………………. 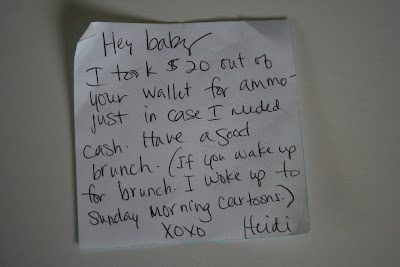 This is Joe’s favorite most emasculating note. “Took 20 bucks for ammo. Have a good brunch. If you wake up for brunch …” 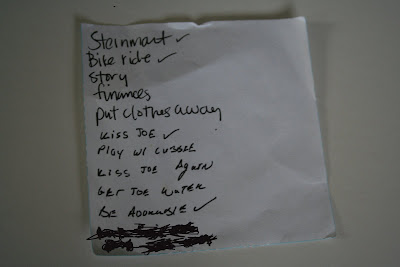 This note was edited due to explicit content. Note: Stein Mart. As a female who lives in Florida, I can’t help it. I’m a Golden Girl in waiting. 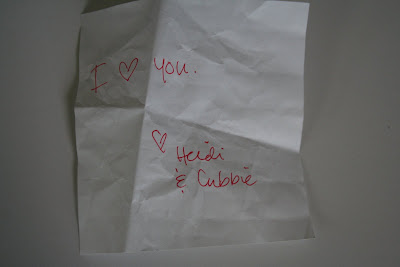 This note was rolled up, stuck in the pug’s tail and delivered to Joe in the living room. 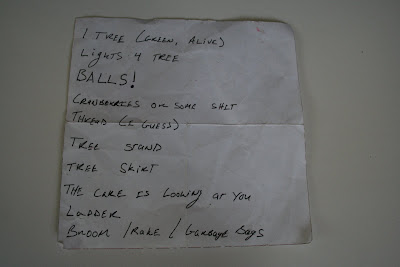 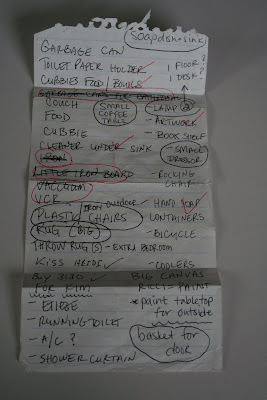 We made this list when we moved into our old apartment. I like when Joe makes it a point to kiss me. 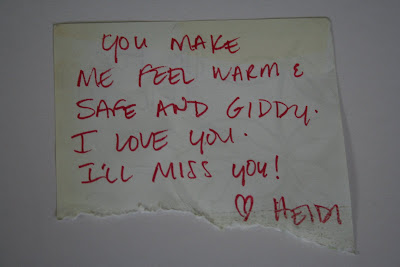 I wrote this note on the corner of an envelope and stuck it to Joe’s fridge the morning I left for my cross-country excursion to Oregon. 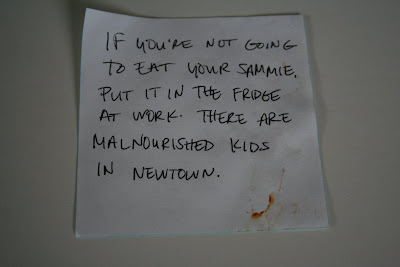 Like Donna Reed, I make Joe turkey sammies every day before he leaves for work. This one was because he “forgot” to eat a sandwich the day before and had to throw it out because the Mayo had congealed. 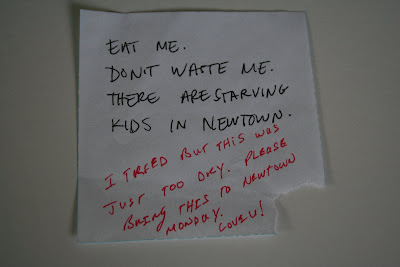 He forgot again and blamed me. 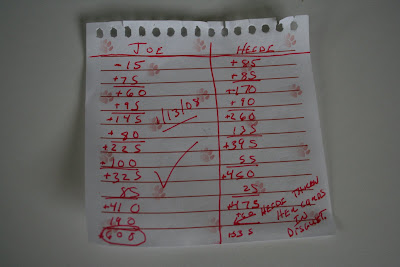 We play Rummy like two old coots. This game ended in Joe’s favor. As you can see, I’m a sore loser. 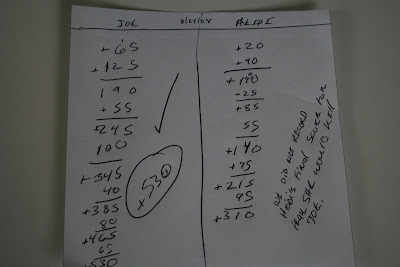 I really AM trying to become a better sport. 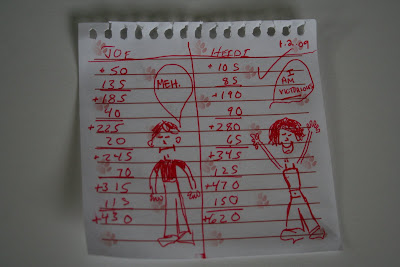 Finally. A Rummy game that ended in my favor. Step one to becoming a better sport: gloat via cartoons.