This is a true story. And the only reason you’re reading about it is because it’s been resolved.

Let me start it by saying Joe is sitting in front of our new 55-inch Samsung flat screen television watching last night’s episode of Lost. The look of contentment on his face is something neither I, nor any other human, is capable of evoking. It is a Cheshire cat grin basked in the glow of a very expensive machine mounted four feet off the ground. It is the look of sweet relief usually seen on the faces of mothers, who after hours of labor, reach out to cradle their newborn babies. For Joe it is a state of solace only fiber optic cables transmitting a HD signal could offer.

It is the Wonka Bar to his Augustus Gloop. The crack cocaine to his Whitney Houston.

It is a whale of a TV, so sharp and un-pixalated that my brain can barely discern what’s happening for real in my living room, from what’s happening inside the LCD panel hanging on my wall. Of course it does nothing for me. Of course I balked at the purchase. Of course I wanted a kayak instead. At $1,600, I whined that we could get two kayaks for the price of one TV. But since my husband has agonized over this purchase since the day we met, I knew it was only a matter of time before we drilled a dozen holes in our wall and attempted to heft a 70-lb. television onto a metal bracket, oblivious as to whether or not we hit studs.

END_OF_DOCUMENT_TOKEN_TO_BE_REPLACED

Bianchi however does not like thunderstorms. They make her antsy and irritable. Shoved up against a grimy wall in our dank shed, she quickly loses her cool with Joe’s Target bike, a foul-mouthed rust-bucket with a persistent sex-on-a-motel-bed squeak.

Speaking of Bianci. Remember how I said I schlepped her to Buffalo in a giant airport-issued cargo box? In case you couldn’t picture it, here she is curbside at the Southwest check-in counter. I considered coloring in the illustration with an appropriate celeste marker…

… but Photoshop will have to do.

After reading some of the thoughtful comments in the previous post, I started wondering if all this wedding pomp is making me unromantic. I’ll write something mushy this weekend to remedy that, rattle the gag reflexes a little. However, if you’re new to this place and never caught this post, it’s a total mushfest – and my favorite Lance story. 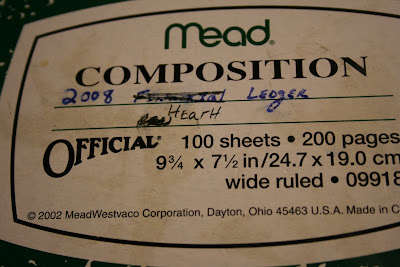 Lance, meet Heath. Heath, meet Lance. You guys have not been officially introduced. But today I think is perhaps a good day for you two to meet.

A little background on Heath …

Joe conceived Heath one January afternoon in a fit of obsessive compulsion. Heath is a composition/compulsion notebook filled with my boyfriend’s daily budget. In it he accounts for every receipt, every deposit, every bill (cell phone, electric, rent, car, fancy expensive haircuts, etc.) And over the last several months Heath has become such a thing of beauty that just opening its pages is like discovering the DaVinci code or an ancient Dead Sea scroll.
Heath is omnipresent. He is the Buddha of our budget.
If we go to CVS and buy two pints of ice cream, Heath knows. If I skimp on groceries resulting in a rash of Carrabba’s takeout, Heath knows. If the price of gas goes up today, Heath knows by tomorrow. If Heath could talk he would sound like Rain Main. “Ten minutes to Wapner. Gotta get my boxer shorts at K-Mart. Gotta keep a receipt. Definitely gotta keep a receipt.”
When Joe created this thing he scribbled 2008 Financial Ledger on the notebook’s cover and when Heath Ledger died I crossed out “Financial” and wrote “Heath” in it’s place. I’m a morose celebriholic I know. (For more on Heath see the April post Dreamy for broken down ferris wheels.)
Today was a big day for Heath. Today was like Heath’s first day of kindergarten. Joe and I got approved for two mortgages and looked at four grownup houses in our St. Pete neighborhood … but more on that later as I’m tired, ready for bed and filled with pizza. Adventures in Real Estate: Take One.