For more on this picture, see the end of this post. ω

And other such oddball things I’d like to get off my chest:

1. There’s a freewheeling monkey on the lam in my neighborhood.

That’s right. You heard me. And it’s old news at this point. The vagabond monkey has made national headlines for months, including CNN, ABC News and The Colbert Report. It’s apparently a Rhesus monkey, native to Asia and it’s been running around Tampa Bay since 2008, eluding wildlife authorities and popping up in random housing developments as far as 50 miles apart. Efforts to tranquilize the monkey have proved futile. Twice it’s been hit by darts and each time scampered away, forcing authorities to increase their dosage. One trapper suggests the primate is at this point, addicted to the darts. No one knows for sure where the hell the monkey came from, although authorities claim it was likely separated from a wild troop in the Ocala Forest. Last it turned up swinging from a tree in a pool cage near my house. The woman who owned the house, snapped a picture and then watched as the monkey proceeded to go berserk, fall into her pool, clamber out of the water and then escape through an open screen door. When the woman surveyed her property later, she noticed several grapefruits were missing from one of her trees. Not only is this monkey ballsy. It’s got some 67,000 fans on Facebook. According to several eyewitnesses, he looks both ways before crossing the street. That’s more than I can say for some people. I say let the monkey go. He’s a smart, self-sufficient go-getter.

2. Living in a town that hosts the Grand Prix is like living in a beehive.

I mean that in the best possible way. I’m not afraid or perturbed by bees. It’s just that from a distance, race cars, as any Nascar-loving yahoo will tell you, sound a lot like an approaching swarm of killer bees. The only thing slightly perturbing about the Honda Grand Prix is that it sets up shop every spring on the waterfront in downtown St. Pete, closing entire stretches of road that Joe and I frequently bike. The race itself is only one weekend, but the track takes weeks to rig, which means Beach Drive and Bay Shore Drive are closed from Central Avenue to Albert Whitted Airport for almost a month.  Two years ago, we rode around the barricades thinking it would be an adventure. The race was still weeks away and we figured no harm could be caused by two wayward bicyclists tooling around a racetrack. However, at one point I stopped paying close attention to where I was going and by a millimeter avoided slamming my face into a mesh fence. Since such a near-miss should not be taken lightly, Joe and I no longer jump barricades when the Grand Prix is in town. Well, for the most part.

3. The only notable thing about the new Tom Cruise flick is Cruise’s porcelain veneers.

You don’t have to be married to a film critic to figure this one out.

4. There’s nothing like running past a one-armed fisherman to keep you motivated.

This happened two weeks ago on a particularly awful run, the kind of run you force yourself to go on because you’re a.) in a lazy mood and b.) achy from previous runs. Mustering motivation, I tied on my shoes – dubbed “the boats” by my sister PK due to their gargantuan size and canoe-like shape. After reaching for my toes once or twice in a pathetic, half-assed attempt at stretching, I sprinted out the front door and down the road. Two minutes into the run it was clear I would need some sort of mental pick-me-up in order to persevere through the next three miles. Rounding a cul-de-sac on Coffee Pot Boulevard I came upon a one-armed fisherman baiting his pole on the edge of a seawall. He used his left stump to steady the pole and his good hand to lace a grub through the hook. Without realizing it, my body began to pick up speed, my left knee throbbed less, my feet felt weightless in my boats and my spirit soared. I’ve thought about the one-armed fisherman on every run since and I’ll no doubt think of him when I’m dogging it this Saturday in my first triathlon. If some dude can bait a pole with one arm, I can run, bike and swim for 1 hour and 40 minutes.

5. Worried your lifeguard husband is ogling babes in bikinis all day?

Well, you haven’t met the guy who works at the North Shore Pool in downtown St. Pete. While swimming laps this week, (in preparation for the above mentioned triathlon) my best friend Ro and I watched a male lifeguard apply sunscreen to the back of an 85-year-old woman wearing a skirted bathing suit and a plastic babushka. Hello job perk!

ω I interviewed Bill Walker, a commodities trader-turned Appalachian Trail hiker last month for The Observer. A short version of his long story is here. Faced with limited photo options on a stormy day, I chose to shoot Bill walking on Siesta Key Beach in the rain. And no, he’s not 7 feet tall. He’s 6 feet 11 inches. ω 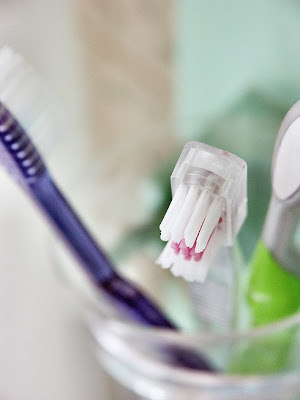