Some days I feel like I’ve got it all together.

As a mom that is.

Some days I really feel like I’ve got my head in the game.

I stuff my kid with a hearty breakfast – spinach and sausage in scrambled eggs, organic fruit slices arranged into a smiley face, almond milk sprinkled with fairy dust, a napkin made from Egyptian cotton.

Instead of letting him watch Woody Woodpecker on YouTube, I read him a library book that espouses the kind of morals I bend every day.

I remember to wash his face.

I insist he do his business on the toilet. And when he does, I give MYSELF a sticker because let’s be honest, potty training is a bigger pain in the ass for parents than it is for children.

I do not turn on the TV. I refrain from answering emails. I refrain from Facebooking. I earmark nap time for doing laundry, dirty dishes and sewing torn clothes, the way I imagine my foremothers did in the Time Before Internet.

END_OF_DOCUMENT_TOKEN_TO_BE_REPLACED

I never thought I’d have to make this decision. I thought nature would run its course as nature is apt to do. When you get a puppy at 22, you don’t think about how it will die. Or at least I didn’t.

Eight years ago, I drove to a breeder’s house in Bradenton. I giggled under my breath when I stepped into her living room and saw that every nook and cranny of this crammed spaced was occupied by pug decor – pug figurines, pug Beanie Babies, pug signs, pug needlepoint pillows, pug illustrations, pug calendars …

She wore pug earrings and a pug T-shirt. Even her husband looked like a pug.

Her name was Paula and I saved her phone number in my cell as Paula the Crazy Pug Lady. The grunting coming from her kitchen would later become the soundtrack to my life.

I would become a crazy pug lady too.

She unlatched a baby gate and six puppies rolled into the living room in joyful pursuit of whatever it is puppies desire. Food? Play time? Endless affection?

I knew immediately which puppy I wanted. He was the biggest and shiest of the litter. Even at six weeks old, his chest was wide and his face was full. He looked like a bear cub, I said.

I scooped him up. He snorted like a newborn pig.

He licked my face. In his dark round eyes I knew I’d found the one thing all people look for when they pick a dog: a kind and loyal friend.

Two of the puppies had been spoken for. The bear cub had not.

“I’ll take this one,” I said, as if I were picking out a sweater at the Gap.

END_OF_DOCUMENT_TOKEN_TO_BE_REPLACED

Last week my Oma left Buffalo with a group of senior citizens on a trip to Mount Rushmore.

She has been more excited about this adventure than for anything in the last umpteen years. It was her first big getaway since my Opa died in January. She had to fight to secure a seat on the bus because the trip sold out within weeks of being announced.

One of her friends fell ill and turned her spot over to Oma. It was a bittersweet turn of events, but Oma was grateful for her friend’s ticket. (This woman had also recently lost her husband,  so she knew how important the trip was to Oma, who for the last seven years cared for my grandfather 24 HOURS A DAY.)

This Mount Rushmore journey was a BIG DEAL.

END_OF_DOCUMENT_TOKEN_TO_BE_REPLACED

Henry’s toy collection is all over the place, as in it’s (figuratively) diverse and (literally) scattered all over the house.

He’s got stuff that talks and moves, beeps and flashes. He’s got a workbench filled with tools that look and sound like the real deal. He’s got a train that whistles and rolls with the help of a AAA battery. He’s got a guitar that doubles as a keyboard and a set of John Deere tractors that double as throwing stars when hurled in fits of rage.

Wait. He’s got two vacuums – an upright and a canister.

END_OF_DOCUMENT_TOKEN_TO_BE_REPLACED

I’ve got this fabulously funny blog reader in Ontario, Canada. Her name is Sara (from My Mother’s Daughter) and she’s been a loyal reader pretty much since I launched the Lance five years ago. Our relationship began over a boob cake, but more on that later.

We didn’t know each other prior to blogging. She simply started reading my stuff and I started reading her stuff. From there we became good ‘ol fashioned internet friends bound by what I can only describe as identical sensibilities, a crude vocabulary, a compulsion to share crazy ass stories and a love of the song Shoop.

Mutual blog affection led to random email exchanges. Sara’s emails usually began with sentences like, “Warning: the following story is gross.” Or “My friend is going to be on TLC tonight with her daughter who has dwarfism.” Or “I dyed my hair really dark last night and a girl at work told me it gave me a crazy look in my eyes.” Or “My mom just told me old age is causing her to lose the ability to control her farts.” Or “You make my ovaries dance.”

Sometimes she’d write nothing and attach a red carpet photo of Tina Yothers, whom she resembles. The subject line: “Jennifer – Family Ties.”

For Christmas one year Sara mailed me my favorite Tim Horton’s coffee, complete with a Timmy Ho’s mug. The package arrived ON Christmas. (I still don’t know how this happened. The mail doesn’t come on Christmas.) And soon after Henry was born she mailed me a children’s book about a bear in tighty whities. Does she know me or what?

So when I learned that she and some friends were renting a vacation house this month in Palmetto, we immediately made plans to get together and meet face-to-face. Her friends thought this was nuts.

END_OF_DOCUMENT_TOKEN_TO_BE_REPLACED

I’m going to let you in on a little secret. Let’s call it the real reason my knees are bruised and torn up in this picture.

It’s something I’ve thought about for years, something I once got so passionate about I pitched it two years ago as a cultural think piece to a magazine that didn’t quite grasp the concept. It’s since been articulated by other writers in important magazines and newspapers all over the globe, which hurts my writer’s ego, but let’s not dwell. (Dear Editors of Publications I Pitch, I have good ideas.)

Here’s what I’ve been thinking: social media has created the maddening illusion that everyone’s lives are perfect.

Facebook is the virtual equivalent of your high school yearbook. Everyone is vying for space on the page and no one wants to look like a loser. So what do we do? We post pictures of our lives at their most exciting. Jet skiing in the Bahamas with my bestie! Front row at Jay-Z! Climbing Kilimanjaro. The view is auh-mazing!

Even the boring stuff seems exciting when photographed from the right angle. Shopping for bananas! The laundry is done! Look it’s my belly button lint!

We upload our best photos. We broadcast our most joyful news. Sometimes, despite our compulsion to put only our best face forward, we share our miseries. Why? Because misery loves company and eventually you need your virtual friends to provide virtual support.

END_OF_DOCUMENT_TOKEN_TO_BE_REPLACED

Today while ransacking my office, Henry pulled down a stack of books and tore out a page at random.

“Here Mama,” he said, handing me page 143 in an old Sark book. I was too tired to lecture him on the sanctity of books, so I tossed aside the paper and moved on. Tonight as I was picking up the house I came across the orphaned page. This is it.

What has got me so emotional right now? Could be 100 things. Could be the fact that I’m listening to a long, slow cover of The Monkee’s Daydream Believer. Suppose it could be something about the lyrics.

I could hide beneath the wings
Of the bluebird as she sings.
The six o’clock alarm would never ring.
But six rings and I rise,
Wipe the sleep out of my eyes.

Could be the heartbreaking realization that my beloved dog is not getting any better. He’s blind now. He spends his nights panting and grunting. Pacing. Begging for more food and more water because the drugs he’s on make him more hungry and more thirsty than his usual ravenous self, which means he has to go to the bathroom ALL THE TIME.

I carry him down the stairs. I carry him up the stairs. At 2 a.m. and 4 a.m. I’m outside with bare feet guiding him to a tree so he can pee. Sometimes this reminds me of when he was a puppy and I used to carry him down my apartment steps because he was still too little to do them on his own.

END_OF_DOCUMENT_TOKEN_TO_BE_REPLACED 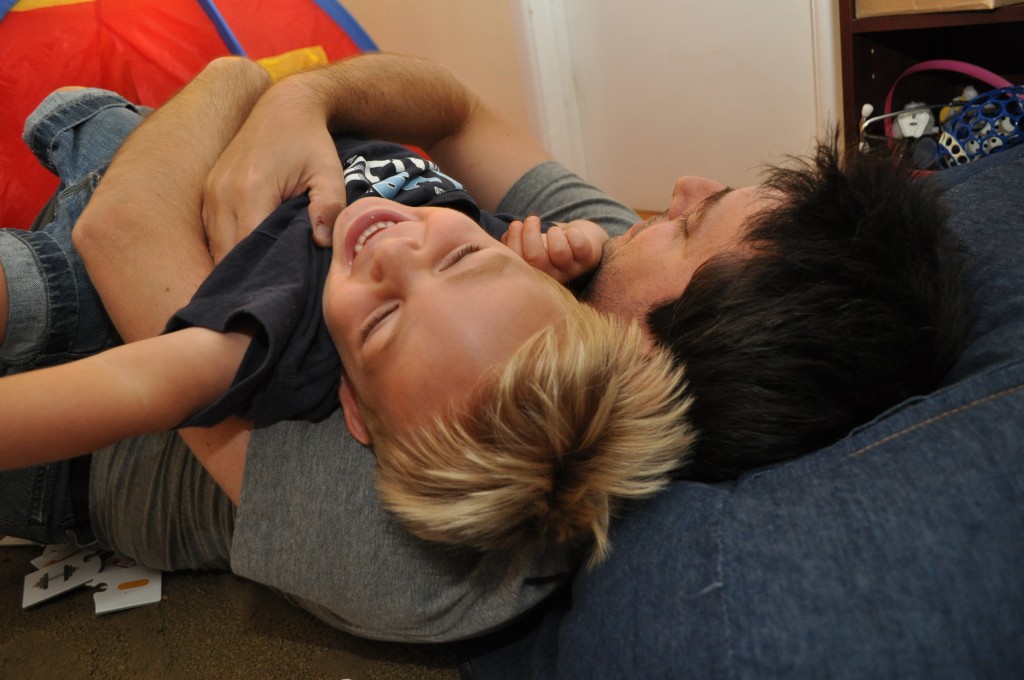 END_OF_DOCUMENT_TOKEN_TO_BE_REPLACED

On vacation with JUST my husband and feeling good.