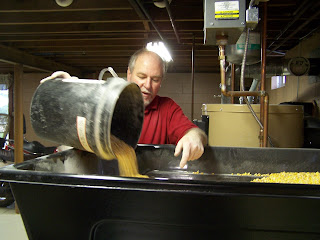 So here we are. Joe asleep. Me awake. We’re on dog-sitting duty at my friend Roger’s house in Sarasota this weekend. And as anyone whose ever babysat, dog sat or house sat knows, staying at someone else’s house can be troubling because you are beholden to their gadgetry (ie: TV with rabbit ears, microwave you have to pummel to make work, toilet handle that sticks so jiggle it after you flush, etc …)

This is normally not a problem with Roger because as my sister PK would say, “Roger’s a minimalist,” which is why I’m stupefied by the fact that he’s ditched the old coffee pot I gave him and replaced it with a French press. (What the Christ is a French press?)

(Side note: The coffeemaker by the way was Joe’s. It had it’s quirks too. Like gurgling Folgers over the side like a coffee fondue. But I mean, snap the lid down tight on the top of that thing and you’d be fine. I often balanced a phone book on it to seal the lid.)

Well whatever. Roger wasn’t buying this rigmarole, so he went and bought a French press. The guy with no cable TV, who for the first time in years has a microwave because it came with the rental, a guy who washes paper coffee cups from places like Starbucks (though he’d never go to Starbucks) but you get the picture. That sort of guy. A minimalist. Or as he likes to call himself, “a luddite.” This guy buys a French press.

(People’s priorities amaze me. Why some of us chose to error on the side of convenience while others go a few extra rounds in the ring when it comes to any number of things is a fascinating study in human habits.)

Roger loves coffee. Loves coffee more than any show on TV. Or movie. Or fancy car. Or slick video game. He’s beyond his years in this regard. So I Googled French press and apparently the thing captures more of the coffee’s flavor and essential oils, so of course he’d get one.

I’ll ask him about this when he returns and I’m sure when I do, he’ll say it’s worth the extra elbow grease if the coffee tastes like Juan Valdez himself delivered it via mule. And like most things in his life he doesn’t need a drip coffeemaker or CNN because he gets the NY Times, or he doesn’t need Tivo because Hemingway on the nightstand, with a receipt for a French press marking the chapter, is by far a better way to pause a story than to Tivo it … which leads me to this next tale in human priorities:

My father soaked a pretty penny a couple years ago into replacing my family’s old oil-burning furnace with a corn-fueled heater. If you ask him why he did this, he might respond that his reasons were 10 percent environmental, 50 percent money-saving and – this one he might not admit – 40 percent mechanical curiosity.

The corn heater, called A-Maize-ing Heat, was as big a Time-Suck my mother had ever seen. Before this it was the two-seater Cessna named Isabella that we called The Other Woman. Now it was Mistress Corn Heater.

According to my mother in the first six months of the corn heater’s homecoming my dad spent every evening after work in the basement tinkering on her, re-calibrating her, feeding her purer corn, building her new parts, ordering her new parts, communicating with her maker in Iowa … all the while singing her praises to anyone in town he ever overheard bitching about heating costs and G.D. oil companies.

“Get a corn heater,” he would say.

A corn what? They’d ask.

“It’s fantastic I tell you. She runs on corn alone. Wave of the future.”

Nonetheless, to make what is a long story short, no one in North Collins got a corn heater that year as far as I know, and after one year of near Sisyphus-ian re-tooling, my dad’s corn heater burned out. Not one to throw in the towel after one knockout, my dad refused to go back to the oil furnace despite the corn heater’s failings.

If they got cold. There was always a space heater.

“It’s a faulty heater,” he told the guys at the Iowa A-Maize-ing Heat plant.

Yeah. Right. They said. Ship her back then – but you cover the shipping costs. They suggested it was his constant tinkering that caused her to quit.

And so he did. He and my Papa, in my Papa’s truck. Drove the A-Maize-ing Heat corn burner from New York to Iowa where they toured the A-Maize-ing Heat manufacturing plant, studied the machines and quizzed the guys who designed them. And finally after a a few hours of diagnosis, they were told that in fact my father was right. She was faulty. Perhaps even the tinkering extended her lifespan. Like putting stents in arteries that were blocked.

So, off they went. Back to New York in my Papa’s truck. The new corn heater riding bitch in the bed. She runs like a charm now. Or at least I haven’t heard any dispatches from the basement trenches lately. But then again it’s 80 degrees in Western New York right now. The nicest April my dad can remember.

As for my priorities – my corn burner. What I threw some Andrew Jacksons down on recently? I won’t say. Not right now. The Thing I Bought requires no maintenance. No boulder-pushing-up-a-hill bittersweetness. No trip to Iowa, no nose-to-the-grindstone glory. None of it. I couldn’t even bother with Roger’s French press this morning. I heated up a cup of water in the microwave and dropped a tea bag in.

PS. The picture above is of my dad, who viewed Lance yesterday and wasn’t that impressed by him. I’m sucking up by posting a picture of his Lance, The Corn Burner.