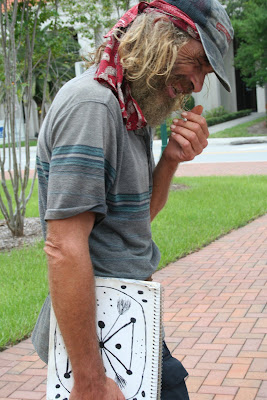 I ran into Ian (remember him?) Tuesday morning in Sarasota near the downtown mermaid fountain a few hours before Hurricane Fay was supposed to ravage Sarasota.

I asked Ian, “Where will you stay in the event of a hurricane?”
And Ian said, “Come here. Come closer. Let me tell you something. There are some people in this town who would get offended by that question. Having said that, the question isn’t, ‘where will I stay in the event of a hurricane?’ The question is, ‘why isn’t the hurricane here?'”
Ian went on to outline some kind of Matrix-esque theory about the cosmos – essentially his version of Murphy’s Law. How puppets anticipate things. Not people. How government and newspapers are puppet masters. And how, if I were to sit on a bench wearing the Santa pajamas pants I was wearing when I approached him, how HE should be the one to ask ME where I’m staying in the event of a hurricane.
So I looked down at my Santa hammer pants, which belonged to my friend Ricci before she moved to Africa, and I suddenly thought: touche Ian. I look like a slob. You look like a slob. For all anyone knows, we’re a street couple.
So I backed away slowly and let him rant some more about his being a scientist and a journalist, and how some people say he looks like Jesus when he wears a headband. Feeling like an asshole for reminding him that he was homeless, I said, “I’m gonna skedaddle, Ian. But can I take your picture first?”
And he said, “Wait. No. Not without my headband.”
So he grabbed his headband and his ball cap, laughing like Muttley because Jesus didn’t wear a ball cap. And I snapped his picture, waved goodbye, headed back to PK and Kyle’s house and promptly took a shower and changed my pants.
I was instructed by my editors to hunker down in Sarascrotum for the night and to be prepared to churn out a series of bang-up stories chronicling the destruction. Our publisher even pushed deadlines back a day to accommodate the coverage.
Since all downtown offices were closed, all government offices were closed, Sarasota County schools were closed, stores windows boarded up and bottled water sold out, I ate leftover Chinese takeout, parked myself on the porch and invented “Fay” puns for the newspaper.
Should I Fay or should I go?
Oh Faymate. Come out and Fay with me.
Would you like me to put the storm on fay-away?
Do not disoFay me!
My Western New Yorker friend Sam and his wife Beth were staying at a resort on Sanibel Island near Fort Myers, when the storm was scheduled to make its first Florida landfall. Around 10:30 a.m. I received an e-mail from Sam that went something like:

“Last night we were evacuated from the island. As non-residents we are not cool enough to weather the storm. I am pretty sure this state is full of wimps. I generate more of a storm surge when I take a leak in the toilet. We were going to venture out to the Bass Pro Outdoor World, but they are not open … even though they sell survival gear. Anyway, I strapped on my rain suit and went out to try and make it look bad outside. Here are some pics. The coffee here is OK and I didn’t lose my swizel stick.” 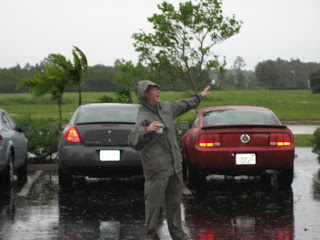 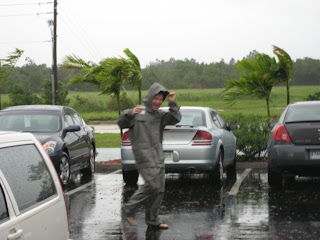 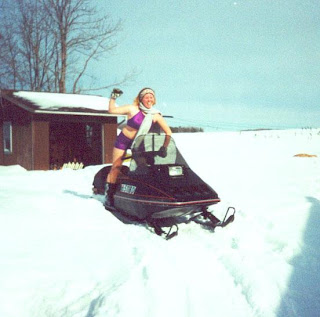