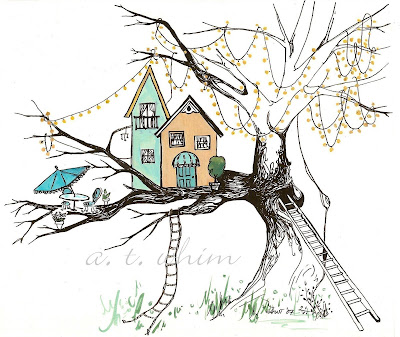 When the Property Appraiser asks you earlier in the day if you know what time the election results will be in, you know it’s a hairy race.
My coworker Kyle is in the Supervisor of Elections media room waiting for votes to be tabulated, as I sit at a downtown diner waiting for him to phone me with results. We could be here for awhile. This is, after all Florida, and inevitably the system will snag on some 5,000 votes, providing endless fodder for newspaper columnists tomorrow.
Kyle and I have been profiling political candidates for months now. Public defenders. School Board candidates. County commissioners. Sheriff candidates. Hospital board members. State legislators. When I was assigned my first interview six months ago it was with an assistant public defender vying for his boss’ seat, and I thought I’d keel over from boredom.
And now, sitting at Word of Mouth Cafe on Osprey Avenue, eating a Mediterranean salad, surrounded by the usual retried foursomes, I think I finally have a grasp on two things – patience and chance.
If interviewing politicians taught me anything this year, it’s that some things are out of our hands. We campaign like dogs, then wait for someone else to decide our fate. It’s a control freak’s worst nightmare.
Joe and I bid on our second house last night. When we got home from work, Realtor Randy was waiting at our apartment with a folder stuffed with cryptic paperwork ready to be signed.
To reassure us that our lowballer wasn’t a complete joke, he said there was a 95 percent chance the homeowner would counteroffer and 25 percent chance he’d accept the bid straightaway. Since the first house we bid on prompted Randy to snort,”1 percent if you’re lucky,” Joe and I decided these were promising percentages.
Since we weren’t so lucky the first time, we expanded our house hunt further north in St. Pete; prowled neighborhoods that weren’t Old Northeast. Old Northeast, we determined, was a great place to live if you were a 50-year-old dentist who smoked pot. So we jotted down dozens of new addresses. Some of them on napkins I pulled from Joe’s glove box.
The first time we drove past the house we bid on yesterday, I pooh-poohed it. It had no front porch – a deception that Randy later translated into Realtor Language for me: “It has no curb appeal.”
Parked outside the place, I scoffed, “It has no nose.”
“Yeah,” Joe concurred. “It’s nothing special.”
But I wrote down the address anyway (out of habit), and when I compiled a list of prospective homes I inadvertently e-mailed Randy the listing that night.
We’ve toured the home twice now and even though Joe’s father, an attorney, warned us that we should never ever get emotionally attached to a house we do not own, we couldn’t help but be optimistic about Randy’s percentages – 25 percent/95 percent.  Together they equal 120 percent!
So we fell asleep last night dreadfully optimistic, gabbing about how we’d furnish our office, how we’d carry our kayak two blocks to the bay, how my father would help us build a porch, how nice it would be to finally have a kitchen table. Given our addiction to caffeine, we snickered about how suitable it would be to live in a neighborhood called Coffee Pot Park.
Joe called earlier today to let me know that the homeowner countered our offer with a number higher than what we’re willing to pay. So I guess the next step is to counter the counteroffer.
It’s a volley. Our Realtor bumps an offer. His Realtor bumps it back. We tell Randy when to spike and the homeowner tells his Realtor, “Don’t touch it. It’s out of bounds.”
Joe says this is how countries go to war. It’s maddening that we can’t communicate on our own.
Ah … Who knows if we’ll get this place. The 12-year incumbent Property Appraiser is, as I type this, losing his race.
I can’t stand when things are indeterminable.
—
PS. The illustration above is by Portland, Ore. artist a.t. whim. Check out her shop. She rocks. (Note: Her Aug. 16 blog about her adopted pug, Alice B. Toklas.)