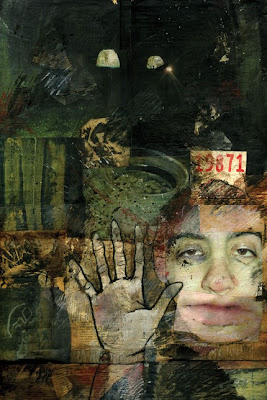 I won’t bury the lead here, or wait until the end to mention that we got the house.

And as always with me, the day I was told our final offer was accepted, I kind of already knew.
While walking my pug Thursday morning, a man on a bicycle called out to me, “Excuse me m’am.”
Noticing his body was buckling under backpacks and a bed roll, I paid special attention, as homeless men and I share a kinship.
“Yes?”I asked.
“What is your name?” The man on the bicycle asked.
So I told him mine and the pug told him his.
“You’re blessed today,” he said. “You are beautiful and today is beautiful. Good things come to you today.”
And I said, thanks. And he said, good day.
Now. Had I not mentioned this story to Joe upon immediately entering the apartment, I fear he would have outright said I was lying, when later that afternoon, after a lunch interview in Sarasota, my phone rang and Joe said, “We got the house.”
And like I said, I kind of already knew, so after squealing, “WHAT? WE GOT IT?” I lowered my voice and said, “Well, I suppose the bum already knew, right?”
And Joe agreed. He’s used to things like this by now. We all have guardian angels. I have bum angels and if you ask me, Joe is damn lucky to have a girlfriend with bum angels. Especially in St. Pete, where bums abound.
And so our conversation took a turn, not in the direction of bum premonitions, but in the direction of total baffled shocked. After back-and-forth negotiations this week, we never expected the homeowner to accept our final offer. We were still $18,000 apart. Sure Realtor Randy gave us hope, what with his positive percentages and all. But $18,000 is still a pretty big unflushable turd, if you know what I mean … or at least it’s a turd to be reckoned with.
Cynical journalists. We were still not convinced. Even me, the hopeful one, the dreamy one, the one with bum angels at her fingertips. Even I was not convinced.
So after work we met up with Realtor Randy at The Ale House in St. Pete, where he said he’d be sitting in full Philly Eagles regalia watching a preseason game at the bar.
When we got there we were still so unconvinced that neither one of us felt compelled to order a beer.
“C’mon! Order a round,” Randy insisted.
“Nah,” Joe said and I shrugged.
“You guys just bought a house. Get yourselves a beer!” He cheered, throwing his own giant stein in the air.
“We’ll celebrate when we’re at our kitchen table,” we replied.
Randy shot Joe a look. The kind of look that said, dude I carted your ass all over St. Pete for two months looking at houses. We find one. The guy accepts your crappy offer and now we’re at a bar, signing the final offer and you disrespect me, your devoted Realtor, by denying one celebratory beer?
We could not get past the fact that no one runs away with Florida real estate, not even in 2008. Begrudgingly we each ordered a brewski, and by the time the last line was signed in Randy’s stack of Keller Williams paperwork, we were both feeling good and celebratory.
Later that night while grocery shopping at Publix, I noticed that Joe reached for the cheapest, smallest can of bread crumbs.
“You never buy that little can,” I said.
“We’re homeowners now. We’re going to be poor for awhile.” He said.
I smiled and clicked my heels. In my head of hopeful girly bubble thoughts, I catalogued this moment under The Most Rousing Line Of The Night and proceeded to the check-out.
—
PS. The illustration above is by New York City artist Kelly Mudge. To purchase this hauntingly excellent painting click here.