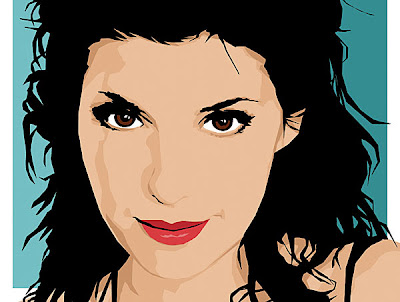 I have never, ever tired of the Oscars. Even when the show crawls past midnight, I never turn the TV off.

Even as a kid, when I had no clue who the nominees for Best Supporting Actor were, I’d root for the guy, who when the camera panned his face, seemed humbled by the nomination.

Even when my father bitched that the only movies to ever win Oscars were boring ones he’d never seen, I’d righteously back the Academy’s choices. Even as a 12-year-old.

Even when my mother suggested I go to bed before Best Picture had been announced, I’d weasel my way through the end of the telecast.

Even when I went to school the next morning gibbering on about animated short films no one in my rural high school gave two shits about, I never scoffed at the Oscars.

It was my Super Bowl.

I was insanely jealous of the actresses. Their dresses. Their bodies. Their skin. Their grace. Their effusive speeches. I wanted their talent. Their dates. Their doe eyes and bee-stung lips. I was fascinated by the way they tiptoed to the podium and clutched their golden barbells like freedom fighters in silk Valentino, forging forward in battle.

When I bought my first pair of high heels in 2004 – just before moving to Florida to become a newspaper reporter – I practiced walking from the living room to the kitchen by conjuring up images of Charlize Theron accepting her Oscar for Monster.

I realize the awards themselves are mostly overblown. In the scheme of sobering world affairs, actors congratulating actors seems almost bombastic. Yet I’m swept away by the industry’s enthusiasm, even when Roberto Benigni clownishly accepts a Best Actor award and I can only understand two words of his speech.

On a frigid February night, in my parent’s living room, on a worn sectional sofa in a Western New York farm town 2,500 miles from Hollywood, Calif., the Oscars were a glitzy portal, bloated with beautiful people applauding high stakes creativity.
I even baked special blueberry muffins before watching the ceremony; the same blueberry muffins I baked before watching Ally McBeal.
Naturally, I had crushes on the screenwriters.
I had a good hunch Quentin would win for Pulp Fiction in 1994, as I had read a profanely eloquent interview with him in Talk magazine several months before the awards. In the year of Titanic, when Matt & Ben won for Goodwill Hunting, I considered writing them a congratulatory note on my Christmas stationary set. And last year, when Diablo Cody nabbed an Oscar for Juno, I considered a career in stripping to support my novel-writing.
To Joe’s delight, I did not apply for a job at Mons Venus for fear that the opposite shifts would kill our evening Rummy games.
Anyway, I’m a sucker for the Oscars …
And if I were Mickey Rourke, I’d get me a haircut, a new Chihuahua and start baking blueberry muffins for Jon Favreau.
—
PS. Killer Marisa Tomei illustration by Rob Kelly for Time Out New York.