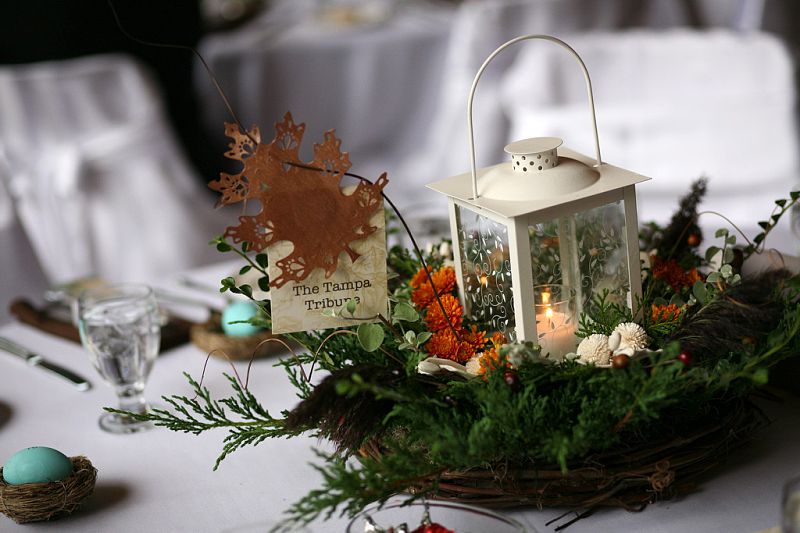 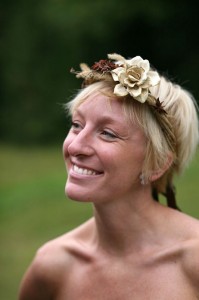 These centerpieces were no small feat and were made using various pieces of found materials from my parent’s yard, in addition to a bulk order of white lanterns from a company in Canada. Both my Dad and my sister’s boyfriend Brian (who was living with my parents at the time) pitched in on the project.

My dad helped my my mom make a ring around the lantern using grapevines cut from the fields behind their house and Brian helped my mom dig through ditches for the bits of purplish-brown willows you see poking out. (They actually did this at 8 a.m. after three cups of coffee, while still in their PJs, two days before my wedding. It’s a long and hilarious story and just one more reason why Brian should marry my sister. Hint. Hint. Sorry Brian.)

My mom arranged them using dried twigs, berries and orange mums, and I designed 14 “leaf signs” each named after a newspaper, including the papers Joe and I write for. (Joe’s parents sat at The Tampa Tribune table pictured in the top photo.) They turned out absolutely splendid and complimented my egg placeholders wonderfully. 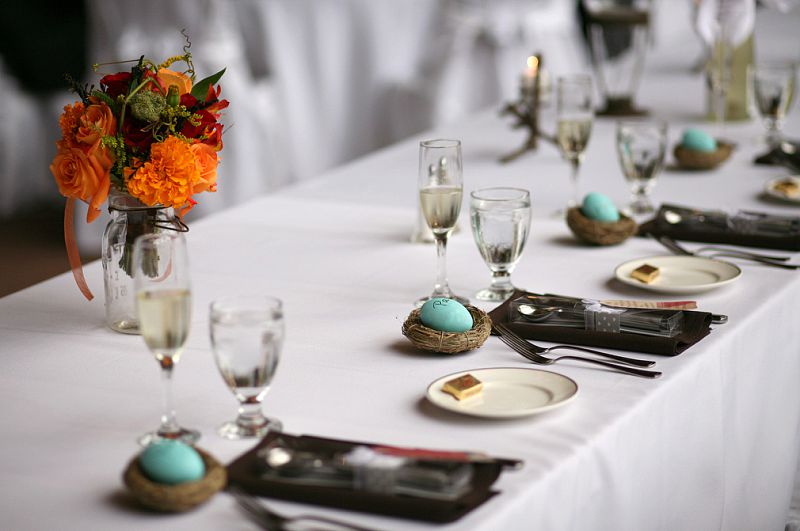 After our wedding was over, my parent’s friend Betty, who lives on a farm up the road from their house and was my bus driver in high school, asked if she could use the centerpieces for her nephew’s wedding in October.

“Of course,” said my mom, who was grateful to Betty for altering my wedding dress for far too little money and for altering Yuuki’s bridesmaid dress with only 24 hours to spare.

“Your mother is a lousy businesswoman,” my father griped.

“Why, because she won’t sell her centerpieces at Norm’s barn?” I asked.

According to my father, the craft stand had been up all day and not one person stopped by to check out their goods.

“Maybe it’s too early,” he sighed.

So they waited until yesterday for their second go at holiday entrepreneurship and last we spoke, the centerpieces were flying off the stand. They had grossed $75. And at one point, upon returning from a run to the post office, they discovered that two centerpieces were gone and $30 was tucked inside the light post. The joy!

Nicely done, mom and dad. Now please send me a photo of your holiday centerpieces, so I can compare them to your original design.

Moral of the story: be crafty this season. Money doesn’t grow on trees. You can however pull it from grapevines.