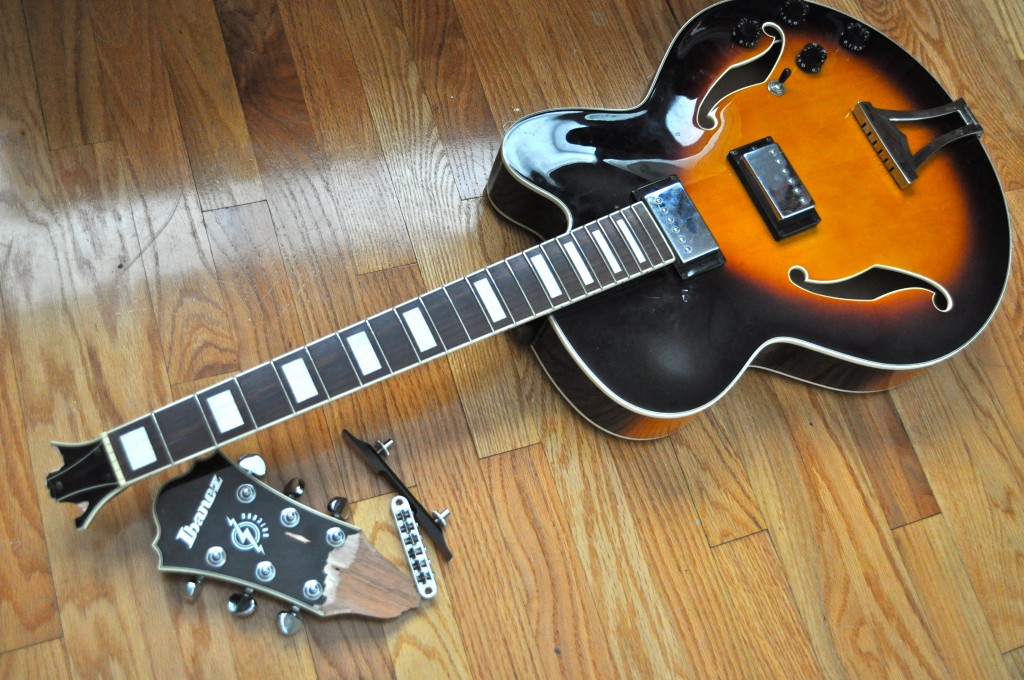 Joe walked into our bedroom after taking a shower. Henry, as usual, was waiting (impatiently) for him to exit the bathroom.

“Daddy out shower!” He exclaimed as Joe walked past him in a towel.

Joe stopped to pat Henry on his soft blonde head as he made his way to the closet to get dressed. Henry, feeling slighted, walked over to Joe’s guitar, which was perched, as usual, on its stand, and without so much as a warning, pushed it over in one swift, deliberate move.

I was in the kitchen packing Joe’s lunch. (Editors note: before you assume I’m a domestic goddess who always packs her husband’s lunch, you should know that Joe takes the same two things to work every day: a tuna sandwich and a bag of Doritos. It takes me longer to wash the smell of fish off my hands than it does to prepare the lunch.)

I heard the guitar hit the floor. Like a bone breaking, I heard it shatter. I heard Joe scream and Henry cry.

I’ve seen Joe lose his shit before. I’ve smelled his fear and tasted his dread. I’ve tried, usually with little success, to quell his panic at moments such as this.

Last month, I watched his face turn white when he realized he’d devoted the cover of his newspaper to the promotion of an event that had already happened. A year ago, I watched him projectile vomit out a window on the interstate while driving in rush hour traffic. Three years ago, I watched him weep when his brand new flat screen TV exploded in front of his eyes. (Who can forget that?) And early in our relationship, I watched him pitch his bicycle into a grassy median and demand I pedal home and get the car after I had pushed him too far on a ride.

END_OF_DOCUMENT_TOKEN_TO_BE_REPLACED 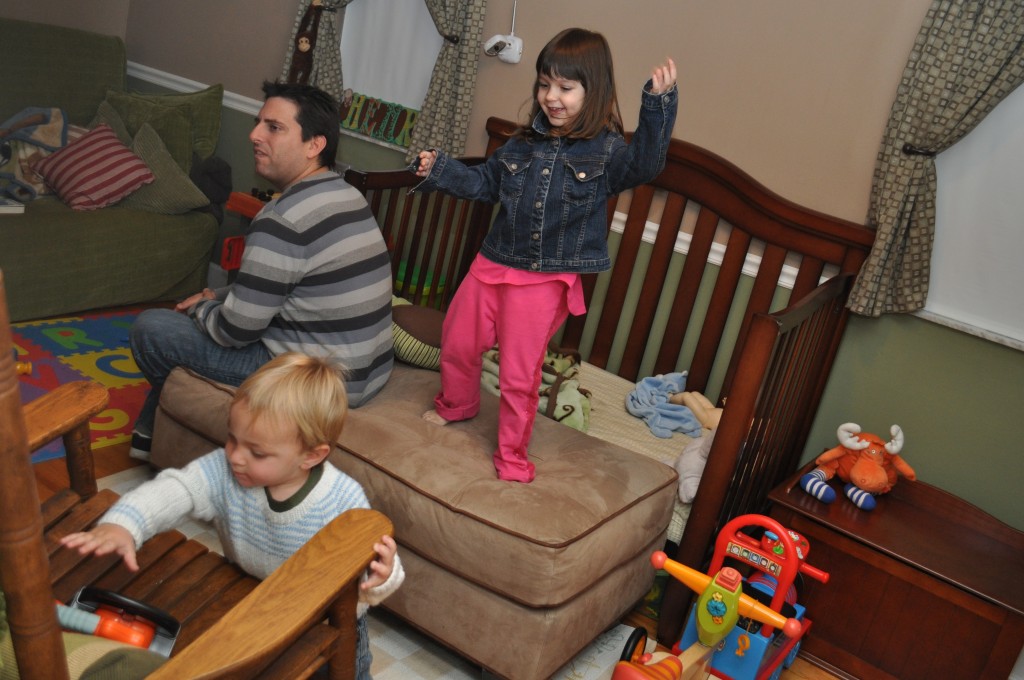 I ran across a fellow mommy blogger yesterday at my neighborhood’s July 4th bike parade. She mentioned that she never has time to write despite her valiant attempt to carve out solitude.

Why? Because she’s wrangling THREE KIDS UNDER THE AGE OF SIX from sun-up to sun-down.

“Never mind blogging,” I said. “How the hell do you find time to shower?”

Anytime I meet any woman with kids PLURAL, I want to bow before them, hand them a beer and possibly a joint. As a woman at home with a kid SINGULAR, I spend a lot of time immersed in the natural habitats of stay-at-home moms: parks, libraries, children’s gyms, public pools, science museums, Target and Chick-fil-A, to name a few. In these environments I’ve observed many women with kids PLURAL performing their motherly duties on a scale of EFFORTLESS to EXHAUSTING.

END_OF_DOCUMENT_TOKEN_TO_BE_REPLACED

Last week I had a dream.

I dreamed I was on a date with my husband. We were walking hand in hand through Ybor City in downtown Tampa. It was late. The sky was black. The streets were filled with people scattering like bugs, people spilling out of bars and clubs, women teetering atop stilettos, men pretending to have muscles in sweat-soaked shirts, electronic dance music pumping electricity onto the sidewalk, thunder clouds rolling in.

The streetlights were so bright they blotted out lightening.

Everything was obscured by darkness, trailed by neon and pulsing like a heart, a neon heart squeezing and releasing.

In my dream it began to rain. Water pooled like molten silver at my feet. People began to scatter faster. Cars began to accelerate. We crossed railroad tracks, Joe’s Adidas tennis shoes sloshing through the mud between the tracks. I picked up the hem of my dress, giggling at some joke he had made about running in the rain.

I suddenly couldn’t remember where I had parked.

Rather than lecture me about my forgetfulness, Joe teased me. We were on our first date. I was the free-spirited one, the non-planner, the girl in old flip-flops, cutoffs and short hair, which I had lazily trimmed the night before with my friend’s kitchen scissors.

We had yet to fall in love, my husband and I.