Everyone and everything is celebrating birthdays this month.

On April 10, I turned 31, as did my beloved pen pal in Toronto with whom I’ve exchanged snail mail for nine years. (Wait. Nine years? Is that right, LZ?)

Two days prior, my Irish twin, Heelya turned the big 3-0.

On April 24, this little blog turns FIVE. FIVE. Yeee haw, Lancelots! I stuck it out for five years, during which time I received more fan mail than hate mail. Success! Thank you for your loyalty, kindness and honesty. I plan to commemorate the milestone by turning the Best of Lance into a book. I’m putting this goal out there so you hold me to it. You guys are good at keeping me on track.

I’m an Aries to a fault: fiery, quick tempered, spontaneous and hyper. I start things and fail to see them through.

My blog however, is a Taurus. And like a true Taurus, it’s stubborn, sensible, down to earth and determined, which is perhaps why it’s still around.

For five years I’ve used this space to air confessions, fears, accomplishments, and of course stories.

Which brings me to tonight.

Tonight I’m stepping up to the mic (again) for Creative Loafing’s Story Time event in Tampa. The theme is birthdays in honor of the newspaper’s 25th anniversary. (You noticing a pattern here?)

I’ll be reading something new, that is IF I can sit still long enough this afternoon to write it. I’ve been swamped with work these past two weeks, so I can’t totally blame procrastination, though without pressure I fail to work to the best of my ability. Typical Aries. Lance would have written a story two months ago and immediately laminated a copy at Kinkos in preparation for the event. I’m not even sure if I have printer ink.

Anyway. Special thanks to Mothership, who’s in town this week and currently at the library with Henry. They’re at a different kind of story time; the kind that involves dancing to Raffi with bean bags.

Oh, and about the picture. That’s me up there, running amok in Colorado on a hot summer day. I was 25 and on the brink of making major life changes. I’m posting it because it kind of, sort of, ties into the theme of the story I haven’t written yet that I plan to read tonight. Hell, I’m such a fickle Aries, it might not tie in at all. ♥

Hope to see you tonight!

Before I had Henry I was impatient with the world, critical of myself and sometimes of others.

I thought stay-at-home moms had it easy. Worse yet, I thought they were devoid of interests beyond the confines of motherhood. I pictured them schlepping kids from Gymboree class to play dates, dressed in yoga pants and a pained smile. I pictured them chained to the kitchen, the SUV, the laundry basket and the obligatory spin class. I pictured them dutifully scheduling time for mommy pep rallies that celebrate the pleasantries of breastfeeding, cloth diapering, baby wearing and holistic nutrition. (Dear Earth Mamas: I see nothing wrong with these things. As topics of discussion, however, I find them boring.)

I thought I’d lose my identity as a stay-at-home-mom. I thought I’d compromise my self-worth and freedom. I thought I’d be resentful of my husband and pissed at myself for having failed at being a working mother: the ultimate wonder woman. I thought I’d be considered a disgrace to the radical feminists who came before me and a quitter to the overachieving, have-it-all multitaskers of my generation.

Leaving my job at the newspaper would mean I’d dropped a significant ball in the heroic juggling act that is regularly executed by the modern working mother. I’d be forced to rethink everything I thought I’d do or wouldn’t do as a parent, as if you really know these things before you bring a tiny, demanding, Bambi-eyed being into this world.

I was wrong about working mothers AND stay-at-home mothers. (As an aside, I was right about yoga pants.)

END_OF_DOCUMENT_TOKEN_TO_BE_REPLACED

There once was a time when I kept things to myself. I wrote short stories and poems in a journal that I kept hidden from the rest of the world. It sat in my underwear drawer between the thongs I never wore and the granny panties I couldn’t live without. In it I’d write nothing of note, nothing scandalous and nothing hyper-intellectual.

For years I filled these lined pages with the usual crackpot observations, foul-mouthed sarcasm and melodramatic longing. Self-serving dribble if you ask me, sometimes cleverly articulated, oftentimes not.

From my 8th grade diary: Life already feels like a traffic jam, just ridin the ass of the person in front.

Then one day (five years ago) I started blogging.

At the time I all but ignored advances in technology, including social media, smart phones and online banking. Hell, I still considered books on tape to be blasphemous. But like many 20-something curmudgeons, I learned to tolerate social media. Peer pressured into joining Facebook in 2008, I denounced it quickly as a mindless fad, a time suck for people who spent too much time nosing around other people’s business. I uploaded an image of two greasy chicken wings and saved it as my profile pic.

My real friends already know what I look like. Na-na-na-bo-bo.

The first few times I left a comment on somebody’s page, I signed it with my name.

You look cute in this picture. – Heidi Kurpiela

END_OF_DOCUMENT_TOKEN_TO_BE_REPLACED

I’ve never been a big fan of fate.

It’s a lazy ideology and an easy way to make sense of the fortunes and misfortunes that steer the course of our lives.

Don’t get me wrong. I’m a wistful dreamer with an overactive imagination; raised without a religion, save for the convictions I borrowed from a dog-eared copy of “The Little Prince.”

I’m not saying fate doesn’t exist. I’m just saying I’m better equipped at tempting it than I am at waiting for it to happen, because often it’s the choices we make (or don’t make) that decide our destiny.

I found proof of this a couple months ago buried under a stack of clothes in my bedroom closet.

A love letter in a Rubbermaid tote.

I came across it the way we often come across faded notes and old photographs: by accident, by chance, by fate or whatever you’d like to call it.

END_OF_DOCUMENT_TOKEN_TO_BE_REPLACED 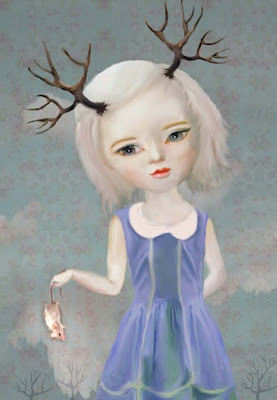