I interviewed Yoko Ono two years ago. Perhaps you remember. Some of you guys even gave me question suggestions.

If you’d have told me when I was a wanna-be journalist kid, that I’d get one crack at interviewing Yoko Ono, much less two, I’d have asked what you were smoking.

My husband thinks this is an exciting claim-to-fame.

Here’s what I think is exciting: I chatted with Yoko Monday afternoon from a Walgreens parking lot in Sarasota. After asking the usual battery of art/Lennon questions, I asked her for advice on motherhood.

To hell with What To Expect When You’re Expecting. I’ve got John Lennon’s widow.

One day I’ll tell my kid this and depending on how cool he is, he’ll respond one of two ways: “Who’s Yoko Ono?” Or, “That’s AWESOME.”

To read my short Q&A with the now 78-year-old Ono, check out The Observer. 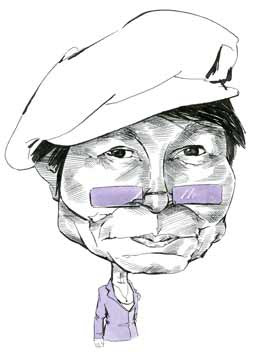 My interview with Yoko Ono ran in Tampa’s Creative Loafing this week. Check it out here. And thanks to everyone who e-mailed and posted questions. I went over the moon when she talked about the day John Lennon learned she wasn’t a virgin.
— 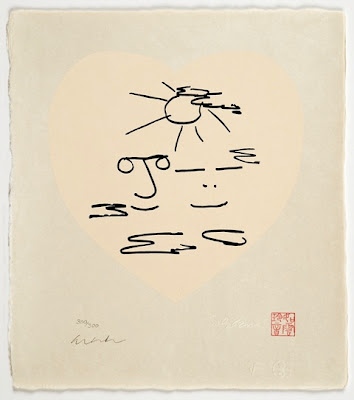 PS. Sketch is United We Stand, by John Lennon.